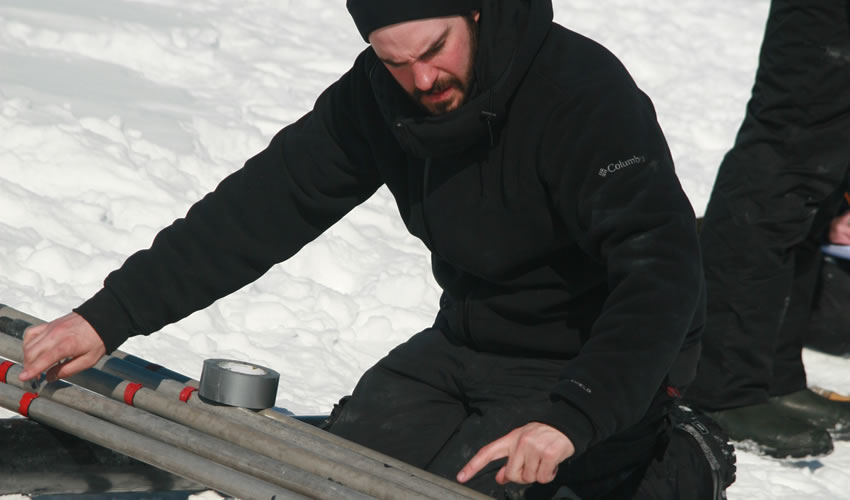 2019 joint publications for partners of the IRN on Cold Forests

Application and evaluation of the dendroclimatic process-based model MAIDEN during the last century in Canada and Europe.

We evaluated the skills of different paleofire reconstruction techniques to reconstruct the fire history of a boreal landscape (Russian Karelia) affected by surface fires. The analysis of dated lacustrine sediments from two nearby lakes was compared to independent dendrochronological dating of fire scars, methods which have rarely been used in the context of surface fires.

We used two sediment sub-sampling volumes (1 and 3.5 cm3, wet volumes) and three methods of calculating the Charcoal Accumulation Rate to reconstruct fire histories: CHAR number, charcoal surface area, and estimated charcoal volume. The results show that paleofire reconstructions obtained with fossil charcoal data from lake sediments and dendrochronology are similar and complementary. Dendrochronological reconstruction of fire scars established 12 fire dates over the past 500 years, and paleo-data from lake sediments identified between 7 and 13 fire events. Several “false fire events” were also recorded in the charcoal chronologies, likely due to errors associated with the estimation of the sediment accumulation rate in the unconsolidated part of the sediment.

The number of replicates, i.e. number of subsamples and lakes analysed, had an effect on the number of identified fire events, whereas no effect was seen in the variation of analysed sediment volume or the choice of the charcoal-based metric. Whenever possible, we suggest the use of the dendrochronological data as an independent control for the calibration of charcoal peak series, which helps provide a more realistic millennia-long reconstruction of past fire activity. We also argue for the use of 1 cm3 sample volume, a sampling protocol involving sampling of more than one lake, and a sufficient number of intra-samples replicates to achieve skilful reconstructions of past fire activity.

ABSTRACT
The impact of climate change on vegetation is generally simulated using models that generalize the characteristics of species and ecosystems to facilitate large-scale modeling. In this article, we compare the climatic sensitivity of the main types of forest vegetation in New Mexico using a simplified model parameterization approach, which treats all species in the same way, whatever the ecosystem, versus a model parameterization approach specific to the species.

This website uses cookies to improve your experience while you navigate through the website. Out of these, the cookies that are categorized as necessary are stored on your browser as they are essential for the working of basic functionalities of the website. We also use third-party cookies that help us analyze and understand how you use this website. These cookies will be stored in your browser only with your consent. You also have the option to opt-out of these cookies. But opting out of some of these cookies may affect your browsing experience.
Necessary Always Enabled