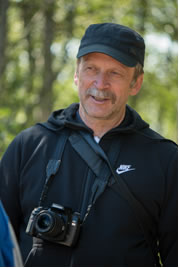 It was  analyzed and generalized the current data on the level of paleolimnological knowledge about lakes in the Russian part of northern Eurasia (Subetto et al., 2017). The results of studies of the northwestern European part of Russia as the best paleolimnologically known sector of the Russian north have been considered in detail. The conditions of lacustrine sedimentation at the boundary between the Late Pleistocene and Holocene and the role of different external factors in the formation of their chemical composition, including factors such as active volcanic activity and possible large meteorite impacts (Andronikov et al., 2014; Druzhinina et al., 2016), are also discussed in detail. It have been reconstructed paleobasins in the north of the Russian Plain (Larsen et al., 2013; Lyså et al., 2014). It have been reconstructed using the GIS-technology and data about stratigraphy lake sediments the stages of Lake Onego development in the Late Glacial time (Zobkov et al., 2017; Subetto et al., 2917; Gurbich et al., 2017). The results of major paleoclimatic and paleoecological reconstructions in northern Siberia are given (Biskaborn et al., 2016; Schleusner et al., 2015; Nazarova et al., 2013; Syrykh et al., 2017; Subetto et al., 2017). Particular attention is paid to the databases of abiotic and biotic parameters of lake ecosystems as an important basis for quantitative reconstructions of climatic and ecological changes in the Late Pleistocene and Holocene (Sundqvist et al., 2014; Lappalainen et al., 2016). On the base of paleolimnological reconstructions the sea-level changes during the Holocene have been reconstructed to the Balrtic Sea (the Gulf of Finland) and the White Sea (e.g. Rosentau et al., 2013; Repkina et al., 2018).

This website uses cookies to improve your experience while you navigate through the website. Out of these, the cookies that are categorized as necessary are stored on your browser as they are essential for the working of basic functionalities of the website. We also use third-party cookies that help us analyze and understand how you use this website. These cookies will be stored in your browser only with your consent. You also have the option to opt-out of these cookies. But opting out of some of these cookies may affect your browsing experience.
Nécessaire Toujours activé